If you will, please allow me a little indulgence as I acknowledge God’s hand in all things, even in my hair. Several months ago, due to unforeseen circumstance, I was forced to cut off most of my hair. Now, I know to most people, men in particular, hair isn’t that big of a deal, especially when you have it; and to be honest, it’s not the end of the world for me either. I have worn my hair long, short, wigged out, and twisted up. But this is significant, in that, though unaware at the time, the cutting of my hair was foretold in Ezekiel as part of my walk through this assignment. Howbeit, the cutting of my hair was commanded of me to do, for God’s purpose, and no one else; and certainly not while I slept.

Hair is an important symbol of praise to God, if it were not so, He would not have made mention of it. When I think about my hair journey over the past few years, several scriptural references come to mind: One being, the story of Mary and how she chose to honor Jesus by washing His feet with expensive perfume, and drying them with her hair; a praise which the devil envied and therefore sought to halt for his own wicked purposes. Another example of hair, as a point of attack of the devil is the story of Samson and Delilah. Both were situations where the devil sought to either, in Mary’s case, halt praise, through Judas; or, in Samson’s case, completely destroy it, through Delilah. BUT GOD! In Mary’s case, Jesus silenced, and put ole fake Judas, who cared not for the poor, in his place. And, as for Samson, God gave him one more push. Hallelujah!!! I wonder, might the devil had seen my gift of prophecy and used the weak minded to try and remove my covering. Ecclesiastes 1:9 What has been will be again, what has been done will be done again; there is nothing new under the sun.

Before I get too deep (I would never do that ), I just wanted to acknowledge God’s restorative power. It’s funny how things tend to grow, even flourish, when properly cared for and protected for the right reason: plants, hair, spiritual gifts, ministries, and yes and even people. Besides, I hadn’t rocked an “Angela Davis” since the late seventies, but because it was wash day, I felt like having a little fund with my hair. I simply had to pay homage to my sistahs who walk in the Spirit, while rocking “The Natural.” This is not to say that I don’t love my sisters, of all races; certainly, I do. For we know that our definitive crown and glory is not determined by the cut of our hair, but rather by our circumcised hearts (biblical circumcise = pure heart, to cut out sin). Yet, those of us, of African descent, have endured some extra bias, ridicule, and even rejection because of the “uncomely grade” of our hair. But, how can one’s hair be inferior, when God gave it as covering? It’s not inferior, IT’S BEAUTIFUL!

Ecclesiastes 3:11 He has made everything beautiful in its own time. He has also set eternity in the human heart; yet no one can fathom what God has done from beginning to end.


Therefore, I take this moment to celebrate us, and our hair.
​
Before I go, let me also acknowledge those who bear the cross of hair loss due to cancer and other diseases. Certainly, each one must bear his/her own cross; even so, sometimes our lack of compassion for one another, in that area, can be anything but Christlike, for even Jesus had a little help carrying His cross. Therefore, allow me, if you will, to do what I can to ease some of your load: Dear Heavenly Father, I decree and declare, this day, that “By YOUR stripes we are healed;” Moreover, I stand in agreement with Your promise that, Ye shall restore that which was taken by disease and pestilence. In Jesus’ name. Amen.


Note: In the overwhelming majority of situations (think Hezekiah), there is nothing we can do to stop God’s Word from coming to pass, but a changed heart and renewed mind will determine on which side of the prophecy we shall reside. God bless and have a great weekend everybody! (Focus on the fro, not the face.)

Wonderful things shall happen to those who seek the face of God. Day and night they fast and pray for the lost and those who left the church and never return again. If you and I are faithful to the end, then a Crown of Life awaits for us.

Those who seek Gods face day and night, read His word and obey what it says, then they will receive a Crown of LIfe given to us by God Himself. Are you ready to receive yours?

Thanks for sharing. God bless you.

Our life is an experiment. Let it be this wonderful experience full of blessings from Jesus. He has promised us wonderful things when we reach our eternal home. 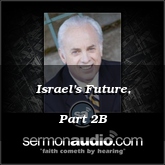