When will the covenant be finished that God made with us?

KJB1611 Daniel 9:
26 And after threescore and two weekes, shall Messiah be cut off, but not for himselfe, and the people of the Prince that shall come, shall destroy the citie, and the Sanctuarie, and the ende thereof shall be with a flood, and vnto the ende of the warre desolations are determined.
27 And hee shall confirme the couenant with many for one weeke: and in the midst of the weeke he shall cause the sacrifice and the oblation to cease, and for the ouerspreading of abominations hee shall make it desolate, euen vntill the consummation, & that determined, shalbe powred vpon the desolate.

In these two verses we are told:
1. IN 3.5 years time The Messiah would be killed, not for himself
2. We are told he (Christ) confirmed the covenant (what covenant, the one that says we can be forgiven) with many for one week, and in the middlle of the week he would cause the sacrifice and the offerings to stop/cease by being killed and because of the spreading of the abominations in the city of David he would make the City of David desolate/broken/empty, as it still is today, until the finish or end of time. And that being the chosen (the desolution of the city of David) punishment it will be poured upon the lifeless aka wicked people of the city of David. And this was done, (See verse 26) and it is still desolate today and according to scripture will be until Judgement Day.
When will the covenant be fulfilled? On Judgement Day.
4.What is the Covenant? That the blood of Jesus was shed for those that will do what he said. KJB1611 Romans 11: 27 For this is my couenant vnto them, when I shall take away their sinnes.
5. When Jesus received the vinegar he said it was finished. What was finished? As it shows in Daniel 9:27 he made the sacrifice that replaced sacrifices when he caused the others to stop by his death. He had to replace the sacrifice because the Father required a sacrifice.
6. Why the vinegar: Because vinegar is bitter water. See Exodus 12: 7&8 It was to fulfill the Passover.
7. What is the Passover? It is the remembrance of the Father bringing his people out of Egypt Mark 14:24
8. The blood: KJB1611 Mark 14:24 And he said vnto them, This is my blood of the new Testament, which is shed for many.
9. It says the blood was shed for many, not for all.
10. Who was the blood shed for? Matthew 27:
21 ¶ Not euery one that saith vnto me, Lord, Lord, shall enter into the kingdome of heauen: but he that doth the will of my father which is in heauen.
22 Many will say to me in that day, Lord, Lord, haue we not prophecied in thy name? and in thy name haue cast out deuils? and in thy name done many wonderfull works?
23 And then wil I professe vnto them, I neuer knew you: Depart from me, ye that worke iniquity.
11. The piercing of his flesh by the sword:
12. Why was he Pierced: He was bruised and pierced for our transgressions. Who is our? They are the little lambs who follow Christ and keep his commands. KJB1611 John 14:
13. KJB1611 Hebrews 10:
26 For if we sinne wilfully after that we haue receiued the knowledge of the trueth, there remaineth no more sacrifice for sinnes,
27 But a certaine fearefull looking for of iudgement, and fiery indignation, which shall deuoure the aduersaries.
28 Hee that despised Moses Lawe, died without mercy, vnder two or three witnesses.
29 Of how much sorer punishment suppose ye, shall hee be thought worthy, who hath troden vnder foote þe Sonne of God, and hath counted the blood of the couenant wherwith he was sanctified, an vnholy thing, and hath done despite vnto the spirit of grace?
30 For we know him that hath said, Uengeance belongeth vnto me, I wil recompence, saith the Lord: and again, The Lord shall iudge his people.
31 It is a fearefull thing to fall into the hands of the liuing God.

26- if we sin because we choose to, after we truely know the law and the trueth, then Jesus'sacrifice does not apply to us (Hebrews 10)
27- The one who approaches with fear, who seeks to judge correctly and has a fiery indignation against the sinners shall devour the ones against them (Hebrews 10)
28- The person that hates or despises the Law of Moses dies without any mercy - having two or three witness to testify against them (Hebrews 10)
29-How much worse punishment do you think that someone will get, when that person thinks he is worthy, who walks upon the Son of God, by counting or assuming that he is sanctified under the covenant that Christ made, when this person does contrary or against the spirit of grace because they do unholy things (any sin) when he is given to Christ on Judgement Day.
30- For we know him (the Father) who said that Vengeance is his, and he will punish. Again, the LORD will judge his people. Who are his people? Because the branches have been grafted , it is everyone.
31-It is a fearful thing to fall into the hands of the living God.

So, in conclusion, we should be fearful, we should be seeking that which is correct, and we should not stop striving for the narrow gate, because the alternative is too horrifying.

The covenant for us is done to last an eternity. If you just love the Lord your God with all your heart, mind and soul, wonderful things shall happen to you and His covenant shall come to a fullfilment when our life are entirely in His hands. 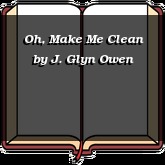