The governments of the world are moving forward with a facial recognition system called the Pisces program being led by none other than the USA for facial recognition at all ports of entry in all countries. This will obviously expand as the beast system rolls out fully in all its horror.

It has moved beyond the testing phase that was done at the Dulles International Airport to worldwide implementation.

Even JetBlue has lent their onboard assistance to help move it into public transportation:

And of course we know from "released" documents: The U.S. intelligence agency is harvesting huge numbers of images of people for use in sophisticated facial recognition programs media reports

So soon, you will not be going anywhere without them knowing everything about you and where you are at any given moment.

How do I know: The government of the country we are in, just released an announcement they would be cooperating with the USA in the installment of this system at their ports of entry & exit in another country.

Compliments of the USA aka Mystery Babylon

This is really a clear sign of Jesus soon coming to earth to take us all home to heaven. Science will rise up along with sin and evil. False teachers and preachers will lead many stray. We must be in prayer so we shall be delivered from the hands of the devil. I want to be with Jesus in heaven. All the problems we have, all those hurts and dissapointmes we face will be gone forever. Let our eyes be on the Lord. He is the center of all peace and joy.
Click Here to Get Started and reply.
Ready to Post Your Prayer Request?
Click Here to Get Started. 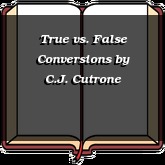