We read in Revelation about the Antichrist."And all the Earth followed after the beast". Focus on the words"all" and "followed after."Now in the past, people had different ways of thinking, they didn't play "follow the leader" so much,so stating that "all the Earth" "followed after" a person preaching the same message would've seemed ridiculous. But now, there's what I call an epidemic of robotism that it seems like everyone but me is affected by.Notice how trends become widespread, until it's near impossible to find someone who's NOT doing the current trend.Do you know anyone who doesn't drink coffee?{Besides myself},I don't.Do you know anyone nowadays who isn't taking yoga classes?{besides myself}I don't.What I see {and hear} is a bunch of people all thinking as one.{If they liked the thing on their own, but I don't think that's it,. I think people are just mindless followers who see things around them, and copy it, without thinking. The spiritual problem with this?Well, the devil can and does use this .Like, look at the "trends" that make up what we call "the world".How many people were into yoga before it "caught on?"And the "New Age Movement",the occult,etc.I think the devil uses peoples"robotic tendencies" to rope big groups in to deception. If people had differing viewpoints, and a mind of their own, do you think it would be as easy for the devil to "rope in" big numbers into deception like that?So being a puppet on a string is not just irritating to me, but I think "the robot nature" can definitely be used as a tool by the devil.Uh-huh?

The blind, the lame, all the lepers followed Jesus to be healed and to be happy in life. Those we call all who follow the flesh, the devil and all the evil desires he brings to our life will end up in hells burning fire. We must choose life and not death. All the abortion doctors who kill babies are following satan because he wants all babies who would be preachers of Gods word, teachers, evangelists to dissapear from planet earth. So, fast and pray for them. The are robots following the devil. May Jesus save their souls we pray. Amen

Life is full of trends as "night follows day". Sorts of trends has negative impacts. For eg/-it diverts people's attention from other important activities.James 1:14 says, each one is tempted by his own evil desires and is dragged away and enticed.( This is the natural state of mankind) 1st John 2:15 says, Do not love the world or the things in the world. If anyone loves the world, the love of the Father is not in him.(you cannot wear cloth of wool and linen mixed together).In 2nd Timothy it's written people will be lovers of themselves and lovers of pleasures. And infact robots will replace human as the dominant species on earth in the far future.

Most elderly people follow a pàttern they have learned all their life. It is hard for them to change what they do or act. All we have to do for those robotic people who cannot change their habits or the way they do things, ask the Lord to help them and bless their life. He can help all those senior citiaens who are in nursing homes and no one comes to visit. They are so alone in this world and no one comes in to pray for them or to read Gods word. Ask the Lord that all members of your church should start visiting all the nursing homes there is in your city. Sing songs of praise to Jesus to all the elderly you see. Read Gods word to them and make sure they are saved and on their way to heaven.

Everyone who follows after the beast, they are heading down to hell. We must fast and pray for them.

Never ever let someone steal your trust in Jesus. He is not a robot nor He is a false teacher or preacher. Jesus is real person and He want us all in heaven. To be with Him is the deepest desire of my heart.

We are not what we ought to be, but by the grace of the Lord, we can be victorious and conquerors through the Blood of the Lamb. By the grace of the Lord we shall be like He want us all to be. Do not be a robot and follow false religions, money or material possesions. Follow the Lord. He will lead us all to our eternal home in heaven.
Click Here to Get Started and reply.
Ready to Post Your Prayer Request?
Click Here to Get Started. 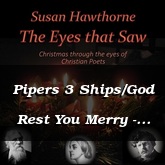