Even the Apostles Followed the Law, Even Paul

Even Apostle Paul Followed the law....
It's obvious that Paul himself believed in keeping the Law:
KJB1611;

Acts 24:14 14 But this I confesse vnto thee, that after the way which they call heresie, so worship I the God of my fathers, beleeuing all things which are written in the Law and the Prophets,

Acts 25:8 8 While hee answered for himselfe, Neither against the law of the Iewes, neither against the Temple, nor yet against Cesar, haue I offended any thing at all.
Acts 18:21 21 But bade them farewell, saying, I must by all meanes keepe this feast that commeth, in Hierusalem; but I will returne againe vnto you, if God will: and he sailed from Ephesus.
Romans 7:25 25 I thanke God through Iesus Christ our Lord. So then, with the mind I my self serue the Law of God: but with the flesh, the law of sinne.
Paul taught the disciples not to let anyone judge them for observing the Law:

Colo 2:16-17 16 Let no man therefore iudge you in meat, or in drinke, or in respect of an Holy day, or of the New moone, or of the Sabbath dayes:
Paul says that the doers of the Law will be justified and those who break it will be judged.

The word that is translated "without Law" here is word #460 which means "not amenable to the Jewish/Mosaic Law". (See Thayers and Strong's lexicon). Paul says that we know His will and approve the things that are excellent when instructed out of the Law.

17 Behold, thou art called a Iew, and restest in the Law, and makest thy boast of God:

18 And knowest his will, and approuest the things that are more excellent, being instructed out of the Law,

19 And art confident that thou thy selfe art a guide of the blinde, a light of them which are in darkenesse:

20 An instructour of the foolish, a teacher of babes: which hast the forme of knowledge and of the trueth in the Law:


Here he says that when we break the Law, we dishonor Yahweh and blaspheme His name.

Romans 2:21 -24
21 Thou therefore which teachest another, teachest thou not thy selfe? thou that preachest a man should not steale, doest thou steale?

23 Thou that makest thy boast of the Law, through breaking the Law dishonourest thou God?

24 For the Name of God is blasphemed among the Gentiles, through you, as it is written:


Here Paul twice states that we learn what sin is from the Law. This backs up the statement in 1John 3:4 that Sin is transgression of the Law.

Romans 3:20 - 20 Therefore by the deedes of the Law, there shall no flesh be iustified in his sight: for by the Law is the knowledge of sinne.
Romans 7:7 - 7 What shall wee say then? is the law sinne? God forbid. Nay, I had not knowen sinne, but by the lawe: for I had not knowen lust, except the Law had said, Thou shalt not couet.
Here is a key scripture proving that Paul believed that thru faith we do not make the Law void, but rather we establish the Law (To cause or make to stand, #2476).

Romans 3:31 - 31 Doe we then make void the lawe through faith? God forbid: yea, we establish the Law.
Here is another key scripture like the one above proving that Paul did not believe that once we are under grace, that we can continue to sin (break the Law):

15 What then? shal we sinne, because wee are not vnder the Law, but vnder Grace? God forbid.

16 Know ye not, that to whom yee yeeld your selues seruants to obey, his seruants ye are to whom ye obey: whether of sinne vnto death, or of obedience vnto righteousnesse?

Here Paul is equating "the Law" with "the commandment" and stating his opinion of them:

Romans 7:12 - 12 Wherefore the Law is holy, and the Commandement holy, and iust, and good.

Here is an unpopular statement of Paul's. Many like to believe that the Law is of the flesh. Not true! It's spiritual:

Romans 7:14 - 14 For wee know that the Law is spirituall: but I am carnall, sold vnder sinne
Paul delights in the Law of Yahweh

Romans 7:22 - 22 For I delight in the Lawe of God, after the inward man.
Now we will move on to where Paul uses the term "Lawlessness". The word that is translated "Lawlessness" in the following verses is the Greek word "anomia" which carries the following definition:

Now for a second witness here is the definition of this in the Strong's Hebrew Lexicon:

Now note that both lexicons it states that both of these words come from the Greek word #459. This word means "To be destitute or in violation of the Mosaic or Jewish Law" (See Thayer's and Strong's Lexicons). Now the word #458 is translated "transgression of the Law" in the King James version of 1john 3:4

In these verses he shows that righteousness is the opposite of Lawlessness (#458 in violation of the Law). Therefore if one is keeping the Law, they must walking in righteousness. (Though this is confirmed already by many verses I have already shown.) Please also remember this for later in the study.

2Cor 6:14 - 14 Be ye not vnequally yoked together with vnbeleeuers: for what fellowship hath righteousnesse with vnrighteousnesse? and what communion hath light with darknesse?
Here again, Paul equates this word (#458) Lawless with SIN.

Romans 4:7 - 7 Saying, Blessed are they whose iniquities are forgiuen, and whose sinnes are couered.
Now here is an example where this word is used when translating the Old Testament.

Now this is interesting...here is an example of where the New Testament is quoting from the old testament. (From the Hebrew to the greek). Now what word does this greek word #458 translate from? Let's find out:


Psal 45:6 6 Thy throne (O God) is for euer and euer: the scepter of thy kingdome is a right scepter.
Click to expand...

So it comes from the Hebrew word reshah (#7562) which means "Wickedness" !! Now how is this word used in other places in scripture? Here we seen an example of a Psalm that makes wickedness the opposite of righteousness. (Just as Paul taught).


Now this study might go on forever and ever proving that the meaning of what Paul meant by "righteousness" was obedience to the Law but lets look at some examples.

Romans 6:16 - 16 Know ye not, that to whom yee yeeld your selues seruants to obey, his seruants ye are to whom ye obey: whether of sinne vnto death, or of obedience vnto righteousnesse?
Here obedience is equated with righteousness (as defined by the Law)

Romans 10:5 - 5 For Moses describeth the righteousnesse which is of the Law, that the man which doeth those things shall liue by them.
Here are many other scriptures then where Paul says that we ought to walk in righteousness:

Ephe 5:8 - 11
8 For yee were sometimes darkenesse, but now are yee light in the Lord: walke as children of light,

9 (For the fruite of the spirit is in all goodnesse and righteousnesse & trueth.)

10 Proouing what is acceptable vnto the Lord:

11 And haue no fellowship with the vnfruitfull workes of darkenesse, but rather reproue them.

Ephe 6:14 - 14 Stand therefore, hauing your loynes girt about with trueth, and hauing on the breast-plate of righteousnesse:

Phil 1:9 - 11
9 And ye masters, do the same things vnto them, forbearing threatning: knowing that your master also is in heauen, neither is there respect of persons with him.

10 Finally, my brethren, be strong in the Lord, & in the power of his might.

11 Put on the whole armour of God, that ye may be able to stand against the wiles of the deuill.


2Tim 2:22 - 23
22 Flie also youthfull lusts: but follow righteousnesse, faith, charitie, peace with them that call on the Lord out of a pure heart.

23 But foolish and vnlearned questions auoid, knowing that they doe gender strifes.


Here is an example where Paul takes another step forward in showing that ALL SCRIPTURE (which must include the Law of Yahweh because there was no written "new testament" at that time) is given by Yahweh, profitable for doctrine, for reproof and instruction in righteousness.

2Tim 3:16 - 17
16 All Scripture is giuen by inspiration of God, & is profitable for doctrine, for reproofe, for correction, for instrution in righteousnesse,

17 That the man of God may be perfect, throughly furnished vnto all good workes.


Now in conclusion I must say that there would have to be very little doubt that according to these verses in which Paul spoke, he certainly upheld the Law as the very definition of righteousness and holiness. And he taught that breaking these commandments were Unrighteousness, Lawlessness, wickedness, and most importantly, SIN.

Therefore we can conclude that whenever Paul speaks of Sin...he most certainly is talking about disobeying the commandments in the Law. How many more scriptures could be added where Paul speaks against sin? This study would certainly be many pages long!

Therefore, we can see that it must have been obvious to Paul as well as quite obvious to his followers that Law obedience was expected. I believe that many of the details of Law observance were worked out in their public meetings as well as in the synagogues (see where James made the decision in Acts 15 that the Gentiles would learn the Law on the synagogues every Sabbath).

In light of all of these scriptures, it is quite clear that breaking Yahweh's law is the very definition of sin. May Yahweh lead us into the the truth and into His Kingdom by His wonderful Spirit which is the word of Yahweh. (John 6:63)

7 Because the carnall minde is enmitie against God: for it is not subiect to the law of God, neither indeed can be.

Give to Caesar what is Caesar and give to God what belongs to God. Obey the law of the land and give glory to God almighty for letting life in peace during your lifetime. Jesus followed the law and obeyed what they said. Paying His taxes to Rome, an empire so ruthless and godless.

I am following Jesus all the way to glory.

Ashton said:
Give to Caesar what is Caesar and give to God what belongs to God. Obey the law of the land and give glory to God almighty for letting life in peace during your lifetime. Jesus followed the law and obeyed what they said. Paying His taxes to Rome, an empire so ruthless and godless.
Click to expand...

When we fail to keep all of the Biblical law, Jesus will say he doesn't know us. 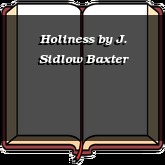