One dishonest thing I notice with unsaved people is,their stand against sin is very flimsy. It doesn't take much to sway them.They let their feelings for someone overrule their sense of right and wrong.For example,Ive heard people with say, a loved one who is a homosexual, and all of a sudden the "straight" family member becomes very "defending" of the gay lifestyle.Again, letting their emotions overcome their sense of right and wrong. I heard a lady who was a talk show host say her mother, trying show how "broadminded" she was,told her daughter entering sexual maturity,"soon you will see who you are{the subject was gay or straight} and I want you to know that THERE'S NOTHING WRONG EITHER WAY. It's fine by me."{Yet the Bible which overrides the mothers {warped} love of her daughter, calls that lifestyle an abomination}.Ive also heard right from their mouths, mothers who have a daughter or son who smokes pot and instead of "training up a child in the way he should go" roles are reversed and the mother actually smokes pot to show they're "down with" the child.Who is leading who here?It reminds me of Adam following Eve instead of Gods way.But bias towards our loved ones won't cut it. "Come out from among them, that you may not share in her sins,"NOT "let them lead you into sin". There is a right and a wrong way,, and Biblical instructions should override our bias towards our loved ones.Amen?

Approval of sin comes from satan who want us all continue to sin so we will end up in hells burning fire. Unsaved people will tell you to get a lover, be unfaithful to your spouse and if you hear the devil speak and then act on it, depression and guilt will come to your soul. We must acknowledge our unconscious bias against those who are different than us and those who sin against the Lord and say nothing. Many would ignore but Jesus can and will take it all away from us. Just ask Him in humble prayer to make you holy and pure before Him and take away all unconscious bias we may have.

Be ye holy as my Father which is in heaven is holy. Jesus said. Let us all obey Him and do what He did. Preach, teach, admonish, pray daily and walk in the ways God want us to walk. Sin and evil will be all around us just as birds fly over our heads. Do not let any bird come to your head and make a nest on it. Call on the Lord when you are tempted and confusion comes to you. Jesus will hear from heaven and will send angels to be with you when trouble comes along.

Dear Lord, we need your miracles in our lives. Please help us to move forward and give us strength to praise you in times of need .Forgive us through the blood of Jesus . Amen

I do not let anything come between me and Jesus. If we engage in sin and evil then satan will take over your life and demons from hell will certainly not give you peace in your heart. Call on the Lord when tempted to sin against God. 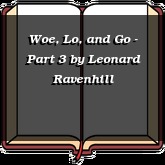