Do the dead remember people from their life?

Well....some statements seem to bear that out, because I've read tracts with testimonies of people who have been confirmed "dead", as well as hearing their testimonies on Christian programs, and they say they saw their loved ones who had passed away previously. , in Heaven.And the people greeted them, and THEY RECOGNIZED EACH OTHR. The fact that they recognized each other shows that they remembered each other. And they weren't "born and raised " in Heaven, they knew each other from their life on Earth.So that would imply that they had some memory of the people they knew on Earth.There wasn't just "mass amnesia" because they weren't in this world any longer,and they didn't ask"Who are you?I've never seen you before."I've heard it said, "We will recognize our saved loved ones in Heaven,." You can't recognize someone if you don't remember who they are.Now on the other side, there's the rich man and Lazarus.The rich man said to Abraham, after being denied water, "Then let me go and warn my household. I have 5 brothers who I can warn not to come to this horrible place". But he REMEMBERED that he had 5 brothers, even though he had passed away.So it would seem, that, the dead{in the body,but living on spiritually},in the one place or the other,DO seem to have some memory of people they knew on Earth.Yes?

Tq for the knowledge given . My mother can recognise us when v meet her in Jesus place . Amen

Once you breath your last breath, Jesus will take you up and fly away to heaven where He will give you and me a Crown of Life for the wonderful works we have done here on earth. Fast and pray daily that you will die in peace, in joy and in happiness. He is the giver of all good gifts to those who love Him with all their heart, mind and soul.

Absent from the body, present with the Lord.... says Gods word. I believe it with my whole heart this is to be true. My father just passed away and he was an elder in our church. Everyone loved him and respected him for what he did and helped others. When his time was up and he was ready to see His maker, he was smiling and so happy. He said. I am going to see my real Father who loved me with an everlasting love. I am ready. I am going to be with Him forever. Amen

Jesus is waiting for us at the gates of heaven to welcome us in. If you want all your friends and loved ones in heaven, then fast and pray for them. Jesus will save them all and you will see each one of them in glory. 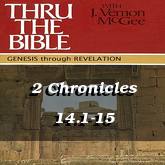