Do Christians Belong in Politics?

More than half of Americans believe that churches and religious organizations are good for the country, according to a recent Pew Research Center survey. But in a seemingly contradictory result, 63 percent say the church and other houses of worship should stay out of politics.

In other words, Americans think the church has a positive impact on society, but they also think the church should keep quiet on cultural and political issues that set the present and future course for our society. Or more directly: Churches, you make this country better, now stay out of the important matters that define our country.

For evangelicals such as myself, this issue has profound personal implications. As my former pastor repeatedly said, the church is not a building, it is a movement. Accordingly, a push to keep the church out of a particular part of society is effectively a push to exclude Christians.

But should any group remove itself (or be involuntarily removed) from the workings of our constitutional republic?

We live in a representative form of government, which means that we elect individuals to represent us in matters of personal, local, and national significance. The policies adopted and laws passed by those representatives impact the present and future of every citizen. They impact our families, our children's education, our businesses, our churches, our local communities, our states, and the world.

As citizens, we have a moral obligation to participate in culture, public policy, and yes…politics.

If you are a Christian, you have a spiritual obligation to be "salt and light" by seeking the good of your community. This means Christians are called to live out our faith outside the four walls of our homes. We need to be involved not just in our churches, but in our communities.

Despite this reality, and consistent with the survey results mentioned above, "I'm not political" has become a popular refrain from people of faith. It also serves as shorthand for voluntary abstention from any public debate pertaining to "hot button" issues. Christians might say, "I'm eager to share the gospel, but I don't want to address topics including same-sex marriage, abortion, gender identity, human sexuality, euthanasia, healthcare, immigration, and the welfare system. I just want to talk about the gospel."

This is not to suggest that every Christian will hold identical views on certain complex matters, such as the best way to structure healthcare, or how to address the immigration crisis, or what it will take to jettison the "crazy" from the educational system. But the Bible has plenty to say on a host of issues, and where it lacks specificity, it offers general principles that should be carefully considered.

Lest we forget, the Bible is unlike any other book ever written. Sixty-six ancient manuscripts completed over a span of more than 1,500 years by 40 authors on three continents. It offers timeless and proven principles for life, relationships, marriage, parenting, and so much more. Should we simply cast it aside when it comes to the laws and policies we endorse? And the candidates we support?

In any instance, Christians should take care not to abandon our role, both as citizens and as messengers for the gospel. Jesus didn't die on the cross and redeem and transform us so that we could be quarantined from the culture. He came to save us so that we could permeate the culture, serving as ambassadors to a world in need of Him.

James Gottry is the vice president for public policy at the Dr. James Dobson Family Institute (JDFI). He leads the effort to monitor current events and legislative measures that impact the institution of the family and culture, interpret them in light of the Bible, and provide appropriate strategies for response. Gottry's writings on constitutional law, religious freedom, and cultural issues have appeared in The Wall Street Journal, Fox News, National Review, The Hill, The Daily Wire, Public Discourse, The Federalist, The Daily Signal, and various additional print and online outlets. He has appeared on MSNBC and has been quoted by USA Today, NPR, Fox News, and others. He earned his law degree from Vanderbilt Law School and is a member of the Arizona Bar.

Well I always did say we should have a certain involvement.And I also state that if one candidate or party is more inclined towards "old fashioned values" and the other party or candidate calls themselves "progressives"{progressive with the wrong things, like gay "marriage" abortion, hyping up pot these days like it's the greatest thing going}{in other words, they're "progressive" in misleading people, and being spokespersons for the devil} I see no harm in voting the one at least somewhat in sync withn our values in.Also, if the other gets in, they would institute laws blocking religious freedom,and "getting in trouble" Christians standing up for Godly things. So why turn a blind eye to something that delivers up our brothers and sisters?So I agree with you on this,and also don't agree with these Christians who "opt out" on the involvement. PS--I've also heard of certain "Christians" who actually vote for a "liberal" candidate who is backing ungodly causes,then try to "rationalize" it.

What is Jesus command to all of us who really love Him and want to serve Him with all our heart? Go ye therefore unto all nations and preach the gospel. We must hear and obey what He said. If God is calling you to get involved in politics, then fast and pray that you will not sin against Him or do harm to others. Jesus in His lifetime was never ever involved in any political actity around Him. His people wanted Him to become their so called savior from the oppression of Rome over Israel. They were looking for someone to free them from slavery. What was Jesus answer to this question? My kingdom is not of this world... Jesus heart and mind was in the eternal kingdom He was offering to everyone who came to Him believing and trusting His word.

Jesus (King of Kong’s and Lord of lords) commanded us to make disciples of All nations.

He told us to pray “His Kingdom Come and Will to be done” here on Earth like it’s being done in Heaven (perfectly).

His Kingdom is not of this world, that’s why we are commanded to pray for all in Authority so we can live peaceful lives of dignity (as much as possible, see 1 Tim 2:1-8). We pray the Kingdom over the hearts and minds of our Government and believe He will influence them with His answers.

We are to vote for the things He is for and resist the devil in the things Jesus (The Lord’s Anointed, or Christ) is against.

The Christian Church and The New Testament being taught and lived have given us a better form of Government than the Tyranny of The Caesars.

The USA’s Government was good until we removed The Lord’s Prayer and Bible reading from public schools in 1962 and 1963.

That caused a false plurality and was a win for the devil to where now many modern Christians bifurcate (divide) religious life and politics (which is a relatively new idea) and one that has slidden America backward for approximately the last 60 years.

It has confused Christians to where they think they can only be “Salt & Light” in small ways, not in praying for leaders or showing up at the ballot polls. 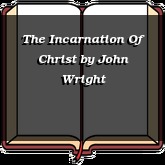